Have you ever been to summer camp? Did you enjoy it? Did you play lots of games, perhaps volleyball and football? Did you take part in camp competitions with nightly contests and sing around a campfire? Or were you just bored? Well, this is your big chance to come and have a wonderful time with us at our camp! Why don’t you give it a try? 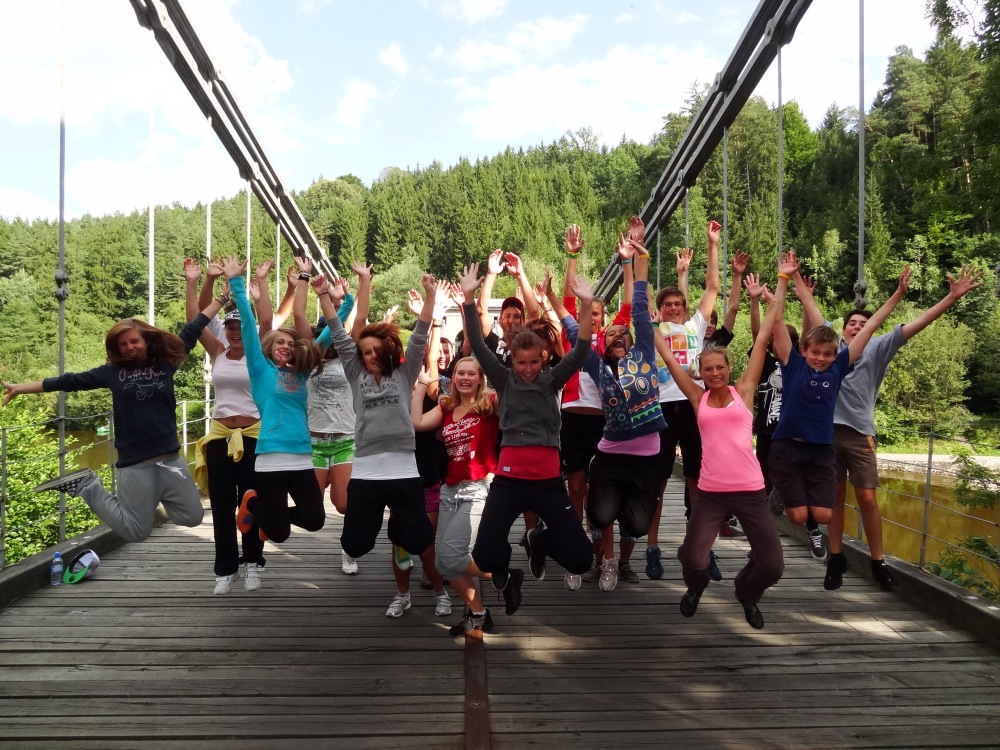 Our camp is great

During the morning, we spend lots of time either on the sports fields, near the water or in the forest. Some people might prefer swimming while others prefer playing football. Have you ever played petanque or cricket? Be sure that during all these activities only spoken English is used! After lunch, there is a rest period and after that is the main focus of the whole day – the summer camp game! Every day one part of the game is completed through games, competitions and teamwork. It is very exciting – one day you will be fighting against each other, the next day searching for stuff in the forest and another day you will be the main character in a theatrical play. We are always in one of the English-speaking countries. After having visited England, Australia, Hollywood, Scotland, New York, the British-Asian Empire and London. We have dreamt the American Dream, visited the Tasmanian Devil down under and searched for treasure at the end of the rainbow in Ireland. We went to Texas and lived amongst the cowboys and the kings of oil, we joyfully yelled "Aloha!" in Hawaii, we drove down the most famous road in the world, the classic all-American Route 66, we better discovered the country of Loch Ness Monster, and last year, after a long time, Australia welcomed us again. This year we will go to the richest and most populous state in the United States. To the state where the Apple computer, Barbie doll, Disneyland, the Frisbee and jeans were created. To the state where you can see both the highest and lowest point in the United States. And you would say that in Death Valley, you will find not only the lowest point in the USA, but also the hottest place on planet Earth. In this state the tallest tree in the world grows, a 115-meter-tall evergreen redwood and also the oldest standing tree on earth, a pine nicknamed Methuselah. And you certainly know Google, Netflix, Facebook, Tesla, PayPal, GoPro, YouTube, Uber, Twitter, eBay, all the top technology companies that this state is home to. So you know? Or would it help you to know that you can find the iconic Golden Gate Bridge there? But of course you know. It's CALIFORNIA! However, California is not just one of the states of the Union. For many Americans, it is a myth about the birth of modern America. Perhaps also a lucky star who, like a beacon on the Pacific coast, showed millions of immigrants the way to a new life. In a country bigger than the whole of the UK, there is definitely something for everyone. In California, you'll discover the shimmering waters of coastal cities, the movie star culture of Los Angele, the fabulous forest cathedrals of the Redwood Reservation, or San Francisco's relaxed climate. And who wouldn't want to experience swimming on a sunny California beach, a mountain hike in the Sierra-Nevada Mountains, or surfing down sand dunes in the Mojave Desert. California's history is as diverse as its lifestyles and nature. Certainly the most famous is the California gold rush period. At that time, the dream of the Golden State was born at the foot of the Sierra Nevada Mountains by the American River. A carpenter from Pennsylvania discovered gold nuggets here in January 1848 while working a water mill. However, the reports of the findings were so outrageous that at first no one believed them. In the end, thanks to California's dream of a golden opportunity, the whole of America found itself in full swing. Thanks to that, Hollywood or Silicon Valley is in California today. The night fires and dance evenings at the disco are great as well! Experience all of this and much much more. Come and join us for TEN DAYS IN CALIFORNIA. 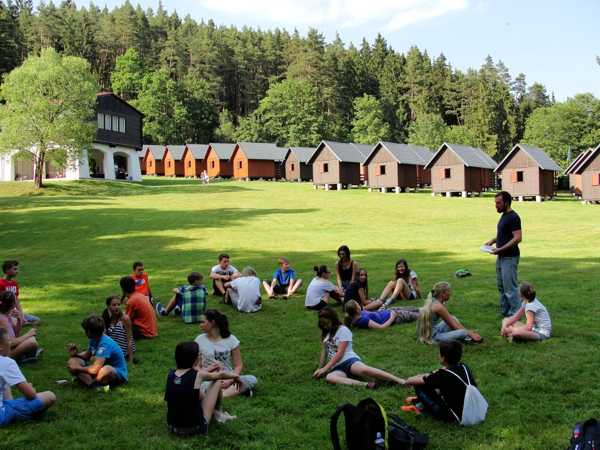 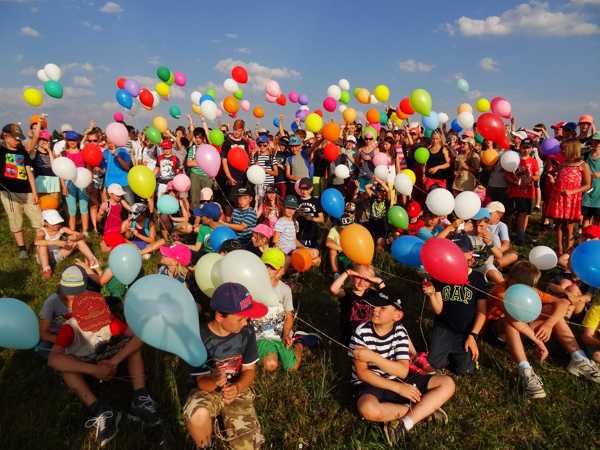 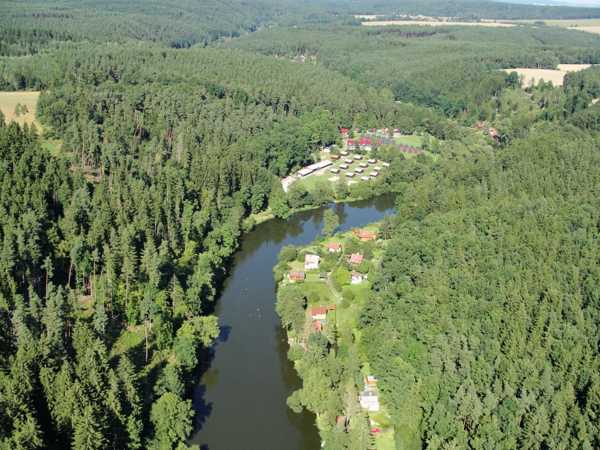 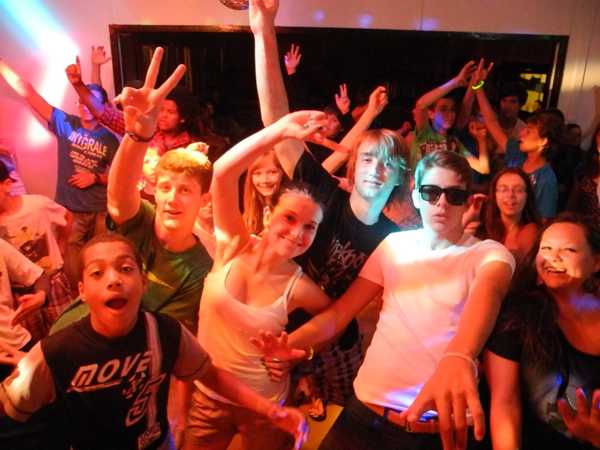 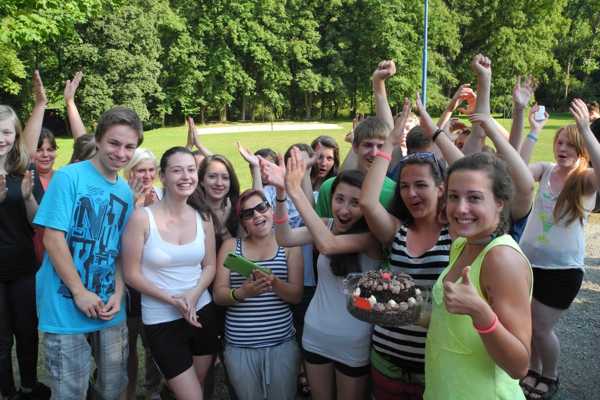 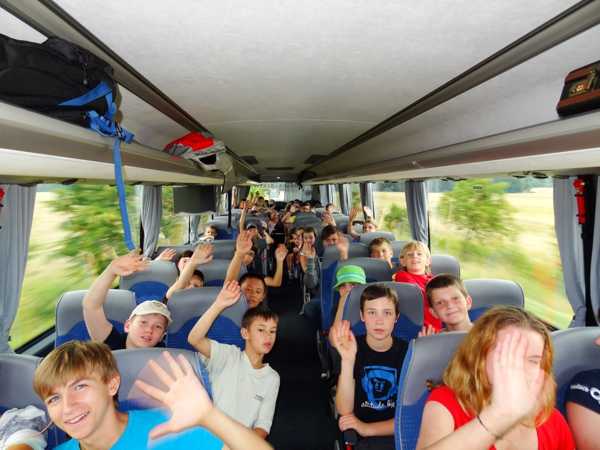 EUROCAMP is spectacular! If you still don’t believe it, come and see it with your own eyes. And the nightly contest – you shouldn’t miss it! But don´t worry – if you are really scared, we don't force anyone to attend. Experienced travellers recommend at least a month to discover CALIFORNIA. You will be living with us TEN DAYS, but it will be quite the experience. Come with us from Hollywood through the deserts and mountains to San Francisco and national parks. Let's discover huge waterfalls, giant redwoods and a ghost town in the former gold mining settlement Bodie together. We look forward to meeting new friends and seeing old ones as well.

If you expect groups of people sleeping in tents and washing in the river, forget it! We’ve got a beautiful place between the river and the forest. We stay in wooden cottages and there is hot water running in the showers. Better yet, you’ll be with really cool people!

Don’t think we’re just any old camp, because we are special and different, if that’s what you’re looking for. There are two leaders for each team – one is Czech and the other is American, English, Canadian, Irish, or Australian. Really! It’s not unusual that you will be on a team with a girl or boy from America or Austria, but don’t worry. You’ll be able to make friends, because you will be using English. If you don’t understand, there will always be someone to help you translate, either your new Czech friend or one of the leaders. We all help each other.